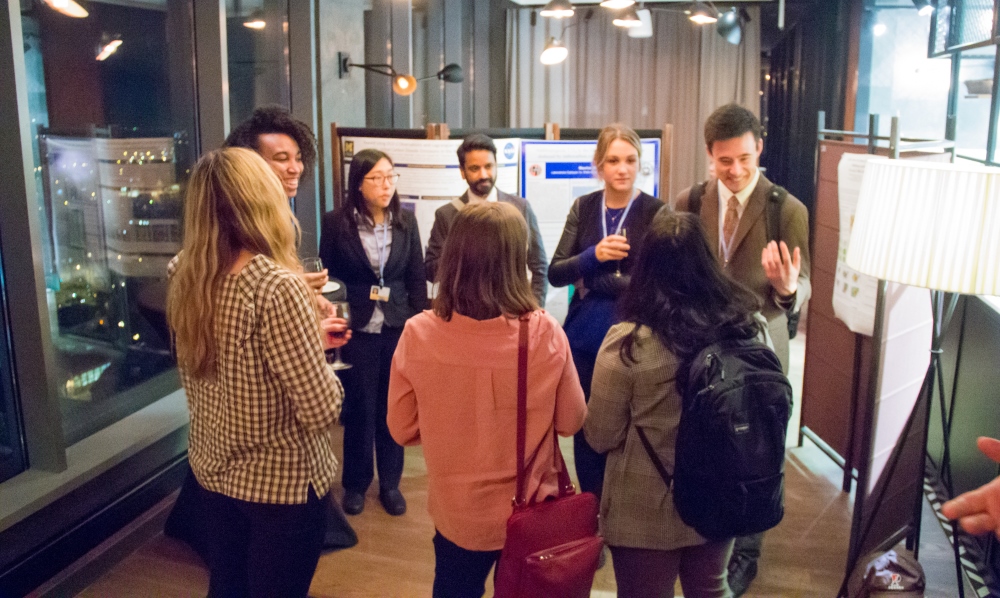 During the COP 24 international climate negotiations, a friend of IG3IS’ at Data-Driven Yale, and their partners at the Samuel Centre for Social Connectedness, co-hosted the official launch of the Urban Environment and Social Inclusion (UESI) Index in Katowice, Poland. This successful launch included a poster session that featured IG3IS work on the environmental performance of cities from several of our pilot projects.

During the COP 24 international climate negotiations, a friend of IG3IS’ at Data-Driven Yale, and their partners at the Samuel Centre for Social Connectedness co-hosted the official launch of the Urban Environment and Social Inclusion (UESI) Index in Katowice, Poland.

The UESI Index is a new and unique tool that utilizes high-resolution, large-scale data to understand how cities are performing in regards to the environment and social equity. In order to understand the index’s potential and utility for urban stakeholder decision-making, a panel of civil society representatives and government officials were invited to Katowice to give their opinions following an introduction to the tool and its capabilities.

The meeting began with context for why the UESI index was created. The representative from Data Driven Yale reminded the crowd that today, more people live in cities than rural areas. To bring it back to the United Nations (U.N.) focus, they also reminded the crowd of the eleventh Sustainable Development Goal: sustainable cities and communities, which seeks to increase green space, install sustainable transit systems, reduce air pollution, etc. However, as the representative from the Samuel Centre for Social Connectedness argued, the U.N. falls short of accounting for inclusivity and community. This drive for environmental cities and this need for social inclusion is where, both Data Driven Yale and the Samuel Centre for Social Connectedness assert, the need for the UESI index arose.

In order to address the environmental success of cities, the UESI Index incorporates five key measurements - air quality, climate change, water and sanitation, urban ecosystem, and transportation - into what they call the Environment Concentration Index (ECI). In regards to the social inclusion, the UESI index derives Gini coefficients from Lorenz curves and lines of equity. These Gini coefficients are then graphed against the Environmental Concentration Index (ECI), forming a set of four quadrants in which income inequality is either high or low, and in which the environmental outcome is either allocated to the highest or lowest income earners. So far, the UESI Index has evaluated and placed 30 cities within these quadrants, with the intention of including more moving forward. What the index has revealed, is that while most cities do well in terms of environmental activities, most fail to protect their poorer populations.

In response to this introduction, panelists seemed excited to be able to use the data provided by the UESI Index. Several were impressed by the spatial output of the data, being easy to interpret and compare on the spatial scale. Many appreciated the unique viewpoint that UESI provided, as they felt it gave them a different perspective on the issues they are facing. The concluding consensus was that the index revealed the need for more data. This would include more data to understand the overlap of climate and social vulnerabilities, along with an improvement of quality and frequency of data of both types.

Following the panel of representatives from the urban scale, another panel was held in order to understand the perspective from the non-governmental organization viewpoint. Each of these panelists expressed ways in which UESI index information would help progress their organization's goals. This included encouraging urban citizens to find environmental solutions using the index, city-governments evaluating the success of their current policies, incorporating UESI information into data on forest reduction/tree cover and vice versa, etc. Overall, once more, the panel concluded with the idea that the more data that is available, the better cities and organizations can steer their development on a more environmental and socially inclusive path.

After the conclusion of the second panel, a poster session began and included research on data collection of environmental progress in many cities across the globe. This included representation of work done by members of the IG3IS Science Team, such as Dr. Felix Vogel’s atmospheric greenhouse gas (GHG) emissions collection and analysis in Paris, France, Recife, Brazil, and Toronto, Canada, and Dr. Kim Mueller’s atmospheric GHG work through the National Institute of Standards and Technology (NIST) in Los Angeles and Indianapolis in the United States. This, and other IG3IS work was showcased alongside achievements made in the field by other organizations/researchers such as that of Origins Earth in Paris, France and that of University of Michigan PhD Candidate Emily Yang in Riyadh, Saudi Arabia, Mecca, Saudi Arabia, and Baghdad, Iraq.

IG3IS was happy to work with Data Driven Yale again and to be included in the launch of the UESI index. We are excited to see how the index will shape future urban mitigation efforts and we are looking forward to supplying any additional data that cities utilizing the index would require!

If you would like to learn more about the UESI Index, you can find all the information you need at this website.

This piece was written based on event coverage provided by the University of Michigan delegate to COP 24, Emily Yang