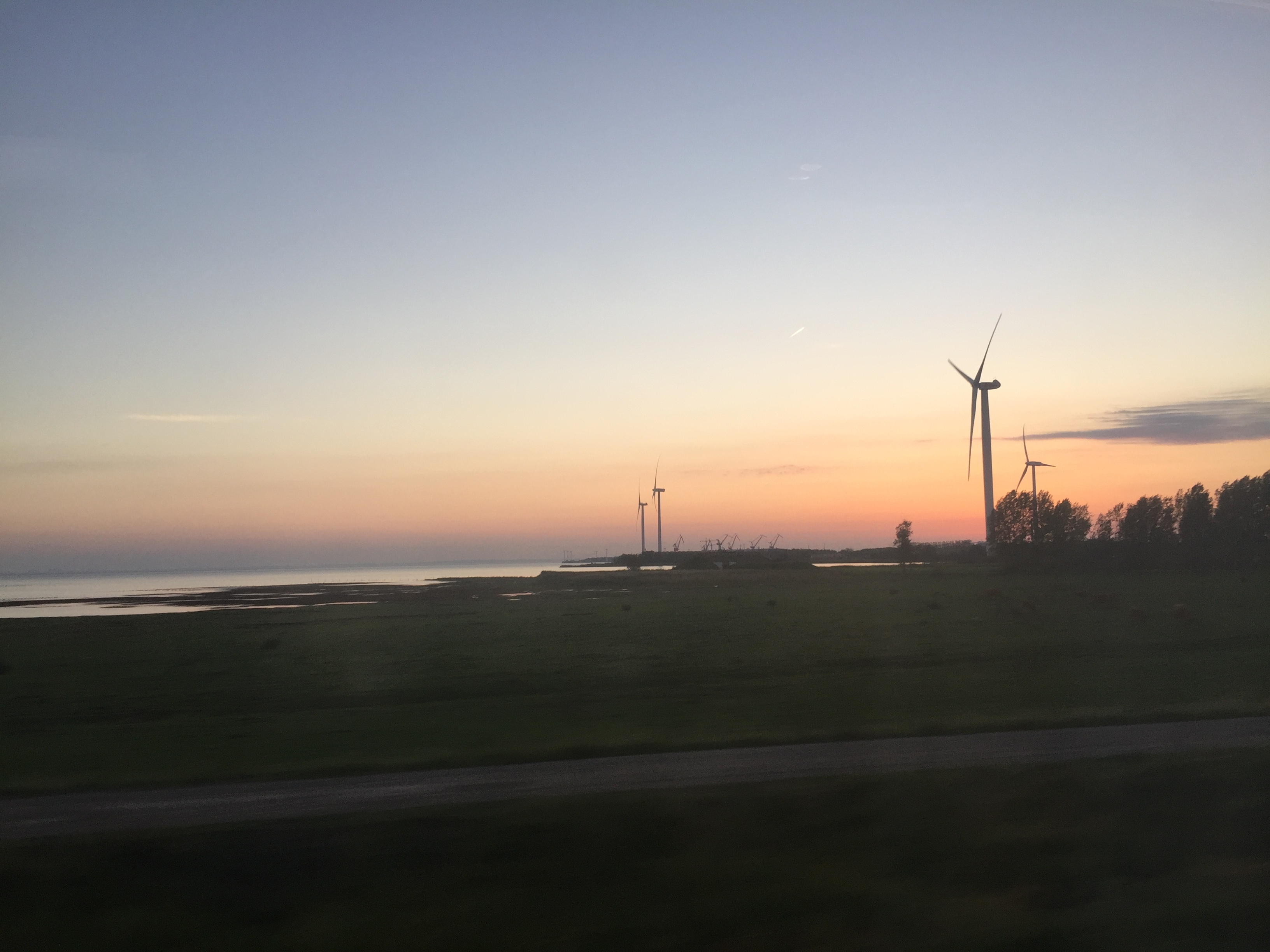 This meeting of the IG3IS science team was used to discuss the first IG3IS Symposium and User Summit, and the possibility of IG3IS publications focused on what the team has learned with IG3IS pilot projects thus far. Many IG3IS science team members, and IG3IS/TRANSCOM workshop participants offered to contact several of their stakeholder contacts in hopes that they would participate a the upcoming symposium.

Following the completion of the successful IG3IS/TRANSCOM meeting this week, IG3IS hosted a meeting for its science team members working on urban and subnational projects which was open to all participants from the IG3IS/TRANSCOM meeting. This gathering was used to discuss the first IG3IS Symposium and User Summit, and the possibility of IG3IS publications focused on what the team has learned with IG3IS pilot projects thus far.

To begin, attendees who are currently working on IG3IS subnational projects, or projects seeking IG3IS approval, gave short presentations to update the group on their work. First, Dr. Felix Vogel discussed his work on the Canadian greenhouse gas (GHG) monitoring networks, along with joint surveys analyzing methane emissions in nine cities including London, Paris, Barcelona, and Toronto funded by the Climate and Clean Air Coalition (CCAC), that he coordinates. Next, Dr. Michael Ramonet provided an update for the MERCI-CO2 project analyzing carbon dioxide in Mexico City, developed in collaboration with UNAM and SEDEMA, which he hopes will provide its first round of data in the spring of 2019. Then, Dr. Ignacio Pisso presented UrbEs, a current pilot project assessing dedicated inventories, transport models and measurement strategies for inverse modelling of GHGs in the city of Oslo. He hopes that by next year, he will have his first round of data and model runs. Lastly, Dr. Jocelyn Turnbull announced that she recently received funding to run an IG3IS pilot project in Auckland. So far, they have conducted introductory studies to evaluate how they would like to set up the measurement infrastructure for the project. Following these studies, they are planning to install three in-situ measurements sites within the next few months.

After updates had completed, group discussion began on the IG3IS organization. The first question was: what gaps do science team members currently see within IG3IS? Dr. Peter Rayner responded first, stating how it is important that IG3IS develops a way to ensure that the information the science team is generating is verified against information already present in the field. However, Dr. Kevin Gurney argued that this concern should be handled later, stating that while some cities are interested in verification, the majority of cities are nowhere near this step. Then, discussion ensued about strategies for framing IG3IS projects so that they are most useful to cities. Dr. Jocelyn Turnbull mentioned the benefits of working with local air quality people, and Dr. Felix Vogel offered the idea of prioritizing projects focussing on GHGs that would be the cheapest and easiest to mitigate, for example, methane. Lastly, Dr. Gurney recalled how many big cities have enacted climate action plans, but do not have the information needed to properly implement them. One way that the cities then try to move forward, is by spending a lot of resources on building their own inventories, that are not easily compared to other inventories. Gurney stated that we should keep this in mind as we try to provide IG3IS services to these cities.

The second discussion question was a more specific take on the first. It asked, is there something from a modeling perspective that IG3IS and its science team is missing? Dr. Rayner argued that if we are able to direct people to the best available model and make it free, then that will help us surpass the barrier regarding getting more people/cities/businesses/etc. on board for an IG3IS project. Dr. Vogel and Dr. David Crisp responded with caution, stating that this step may be premature as the field currently argues about which of the many measurement types and many model types are best to use. Dr. Turnbull added how what we are doing with IG3IS in the urban sector is very new, and therefore, we do not really have the answers in that regard. This part of the discussion ended with everyone recognizing the complexity and challenges of writing these guidelines, but also understanding the benefits of having some sort of outline that can be referenced, with the disclaimer that the field is new and will likely change.

Branching from the discussion revolving around the second question, a new discussion began with another attendee stating that since the urban projects are so difficult, IG3IS should start with what is easiest. This led another attendee to state that it may be easiest to start with all the cities that could be adequately analyzed by using only satellite measurements first, and then using ground measurements to validate. Dr. Crisp supported this idea, saying that this technique could be extremely useful for extrapolating results to cities in the developing world where ground-based measurements are rarely available. This discussion wrapped up with a decision for the two to perhaps write the portions of the IG3IS publication on satellites.

Next, the meeting was led in dialogue on the first IG3IS Symposium and User Summit happening this November. Dr. Phil DeCola, chair of the IG3IS science team, began by explaining that IG3IS plans to host 60 participants. Ideally, it would be comprised of 30 members from the science community and 30 from the stakeholder communities that together, represent all four IG3IS objectives. In this way, IG3IS could facilitate a conversation in which the two communities could present desires future projects, understand questions about the field, and see the successes of prior projects, from both sides of the aisle. Additionally, IG3IS hopes that by bringing scientists and stakeholders from all over the world, trust can be established, since some of the nuances of each region would be represented. DeCola went on to list names of stakeholders that he has already reached out to, or that he plans to reach out to in the coming weeks. After which, the floor was open for any attendees of the meeting to suggest and discuss stakeholders whom they are connected with, that they can invite to the conference. These names will be released in the agenda for the first IG3IS Symposium and User Summit, if and when they are confirmed. If you have a connection with a stakeholder that you feel would both contribute and benefit from this symposium, please contact Emily Upton in the IG3IS office at eaupton@wmo.int.

Additionally, in regards to the symposium in November, Dr. Vogel raised the question of whether or not to include a piece in the agenda regarding satellite measurements. Vogel felt that for the representation of the science at this meeting, we would need both research infrastructures like ICOS present and representation from satellite measurements. This was met with a bit of opposition, as Dr. DeCola highlighted how there are no plans to invite specific representatives for aircraft measurements, tower measurements, etc. He wondered, that while the conversation was useful, was it necessary to be had at this meeting? Dr. Vogel and Dr. Crisp countered saying that it might be useful to include it, so as to see the possible future capabilities of the field. More discussion will continue regarding this as development of the agenda continues.

The last item on the agenda was to consider how to publish the IG3IS Science and Implementation Plan or other IG3IS papers. Dr. DeCola announced that he had evaluated two publishers: Elementa and Environmental Research Letters (ERL). Though he appreciated the work Elementa had done with publishing the resulting papers from the INFLUX pilot project, he felt that ERL would be a better fit for IG3IS’ papers on more wide-ranging topics. DeCola stated that ERL is interested in publishing something from IG3IS, but that the group needed to decide what exactly they wanted to publish. He argued that the Science and Implementation Plan was less of a guidance document for future IG3IS projects, and more of an introductory document to the organization, that could prove to the World Meteorological Organization’s 70th Executive Council that we knew how to run a pilot project, and had plans for the future. He felt that moving forward, it would be most useful to write a guidance document on good standards and practices, rather than expanding the Science and Implementation Plan.

While many meeting attendees agreed with Dr. DeCola’s suggestion, Dr. Vogel expanded on it and wondered, would it be more useful to have one document discussing standards and methods for all the IG3IS objectives, or, to have four documents, one covering each objective? With the understanding that it would be easier to coordinate writing with fewer authors, and, each paper could then go into more detail on their own field, the room reached a consensus and the decision was made to possibly publish four papers, one on each objective.

Since the majority of attendees to this meeting represented the urban sector of IG3IS, the following discussion revolved around what type of paper would be most useful for the sector. Almost everyone agreed it should be a review paper of what is currently available, and perhaps preferable in the field. Dr. Turnbull voiced her support for this decision, saying that a review paper like this does not exist in this urban sector and therefore it is needed. However, she also mentioned that review papers might exist in the fields associated with the other IG3IS objectives. Because of this, it might not be necessary to include a piece in the urban greenhouse gas monitoring review paper that states other papers of similar structure will be written for the other three objectives.

In regards to what should be included in the urban greenhouse gas monitoring review paper, it was universally agreed that there would be a portion explaining IG3IS’ work in general - not only focusing on its urban work. Additionally, Dr. Vogel mentioned that the paper should make reference to the IPCC cities event from this year, as it was the first time that IPCC had targeted cities specifically. Then, a discussion ensued about the importance of supplying policy context for the information provided in the review. While all agreed that context was necessary, Dr. Crisp suggested it might be valuable to include people in the policy field as coauthors. On the other hand, Dr. Sara Mikaloff-Fletcher and Dr. Turnbull stated that they felt it would be better to have two papers written: one by IG3IS on the science in the field, and then have people in the policy field build from that to write a paper that discusses more in depth how this review paper’s information could/should be incorporated into policy.

By the end of the meeting, Dr. Turnbull, Dr. Vogel, and Dr. DeCola agreed to work together in developing a draft for the urban review paper. Whether the three papers for the other IG3IS objectives will be written and by whom, should be decided in the future.