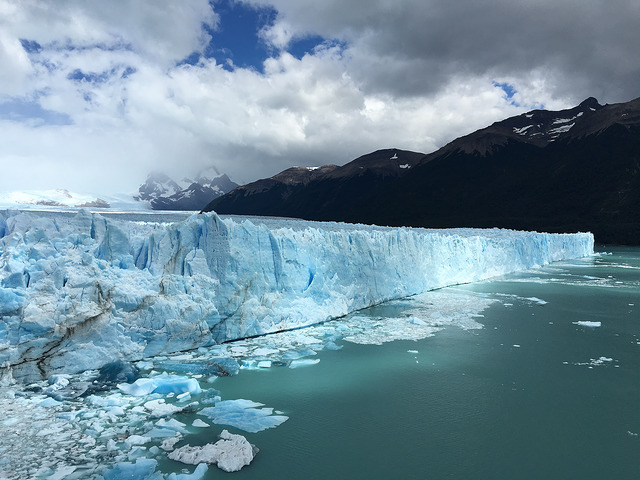 The IG3IS side event on Wednesday, August 22nd at the Latin American and Caribbean Carbon Forum (LACCF) made a strong case for IG3IS' applicability in the Latin American region as a scientific support service for carbon reduction policies both nationally and subnationally. Mr. Paulo Roberto Amaras Amaral, the President Advisor of Agencia Estadual de Meio, used the side event as an opportunity to review the successful IG3IS project CarboCountCity which focused on carbon emissions on the urban scale in Recife, Brazil. Dr.

The IG3IS side event on Wednesday, August 22nd at the Latin American and Caribbean Carbon Forum (LACCF) made a strong case for IG3IS' applicability in the Latin American region as a scientific support service for carbon reduction policies both nationally and subnationally.

The event began with comments from Dr. Oksana Tarasova, Chief of the WMO’s Global Atmosphere Watch Programme and one of the leaders of IG3IS, stating, "Observations-based tools provide new additional information on the emissions and have great potential to support the transparency mechanism of the Paris agreement. They also allow us to identify mitigation opportunities which would not otherwise have been discovered." She made it clear that the techniques required to measure the atmospheric concentrations of GHGs, attribute them to point sources, and thus reduce the uncertainty associated with current GHG inventories are not only provided by IG3IS, but they are internationally recognized by WMO, and, they are well documented through numerous IG3IS projects.

One of these projects has already proven successful in the Latin American region. The CarboCountCity project ran in Recife, Brazil was designed to measure the carbon emissions associated with the city specifically, so as to assist the city’s key stakeholders in driving productive reduction of their carbon footprint. At the side event, Mr. Paulo Roberto Amaras Amaral, President Advisor of Agencia Estadual de Meio, outlined the findings of the successful CarboCountCity project. Furthermore, he discussed how applicable the findings were for decision makers in Recife, and how other cities could benefit from similar IG3IS projects.

Building on Mr. Amaral's presentation, Dr. Tarasova acknowledged that IG3IS is not a one size fits all service. She and the IG3IS team do not claim to see the success in Recife, Brazil as the proven outline for all projects in the Latin American region. Rather, IG3IS hosts a diversity of techniques to choose from, all of which fall within its common framework that has been approved by WMO.

Building off of this, Dr. Marcelo Mena, Practice Manager of the Climate Change Group at the World Bank, used his time on the panel to highlight the value of addressing air quality and climate mitigation issues simultaneously. He discussed various policy instruments that have successfully reduced both carbon dioxide and particulate emissions, thus decreasing air pollution and increasing public health. Some specific strategies he believes to be successful when established together were sequential emissions standards, air pollution attainment programs, and pollution taxes. Overall, Mena stated that if the Paris Agreement goal of 1.5 degrees is to be met, climate policies need to be integrated into local air pollution policies; this short lived climate pollutant reduction will then pave the path to larger-scale strategies.

Lastly, Dr. Tarasova explained why IG3IS should be specifically applied in the implementation of a number of highly anticipated carbon markets in the Latin American region. She reminded the crowd of the higher levels of uncertainty associated with emission estimates from national inventories. Tarasova stated that national inventories are not sensitive to weather and other physical components in the atmosphere, that they tend to under or over represent natural sources and sinks, and lastly, that they are biased because they are self-reported by the nations. She questioned how there can be a successful carbon market solution, if the true amount of carbon being emitted from the region is unknown or uncertain. Dr. Tarasova stated, “For a successful carbon market solution, it is crucial that the amount of carbon is objectively and scientifically assessed, and IG3IS takes a leadership in the development and promotion of the innovative approaches for such assessments." she said. IG3IS, she concludes, is the best method by which to verify the initial carbon volume.

Overall, the panel believes that any decision to work with IG3IS, whether that be carbon markets, air pollution policies, city-scale measurement projects, or other strategies, will lead to environmental success in the Latin American region.